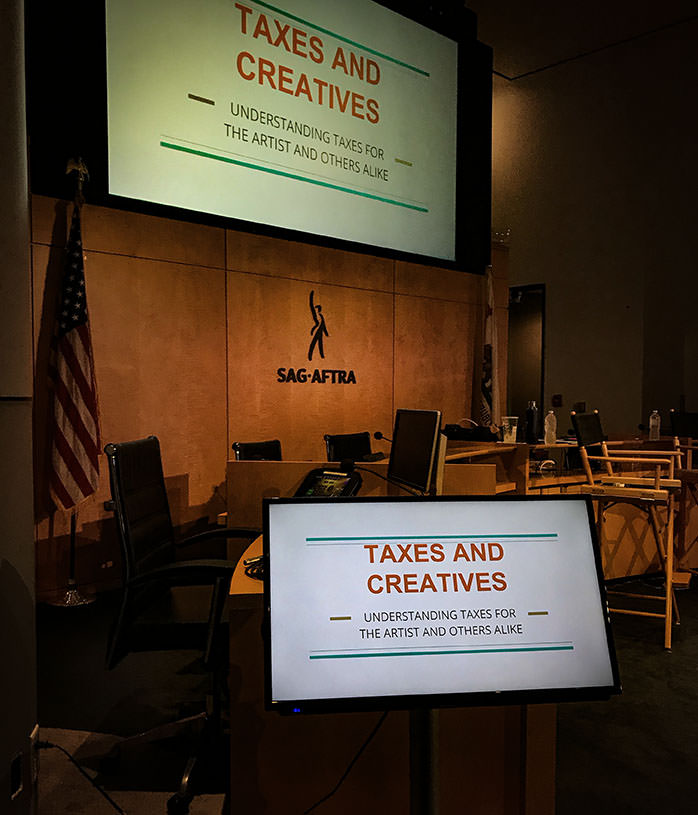 Taxes in 2018 are not looking good for actors.

And it boils down to this: apparently you won’t be able to deduct business expenses from W-2 income.

We had a very informative session with Miata Edoga, consultant for the Financial Wellness Program of the Actors’ Fund, and Emily Churchill, who is an actor and also can do your taxes (she’s an Enrolled Agent), at SAG-AFTRA in Los Angeles tonight. Emily is so funny that her presence alone would be worth attending! It was taped so hopefully many of you will be able to see it on the Actors Fund youtube stream soon.

So taxes are going to be slightly lower for most mortals in the US, but maybe not for actors. Because actors basically get paid by W-2 all the time, and those won’t allow for deducting business expenses, which includes the agent’s cut and the manager’s cut and those acting classes and everything else… We did the math, and an actor that made 60k in 2017, with an agent (10%) and a manager (15%) and 10k in other expenses, would end up the year paying over 4k in taxes. Same actor with same expenses in 2018, without being able to deduct those, and on top of that getting bumped to a higher bracket because of that, will end up paying over 10k.

But as Emily said (as she brought the audience to a roar), you need to get informed and stand against it, and contact your representatives and go to the street and shout!

And by the way, with your W-2s, watch your pay stubs. Some production companies are not collecting all the taxes they should. You could get a bitter surprise by April next year. At least get to know where you’re at, in advance.